LONDON - Virgin Atlantic is hoping to add over 80 new routes to its network after a third runway is built at London's Heathrow Airport to challenge the dominance of British Airways owner IAG at the airport. New Flybe services to European destinations could bolster Virgin's hub strategy.

Heathrow's expansion is scheduled for completion in 2026 after lawmakers voted strongly in favour of the third runway last year, although environmentalists and local groups are challenging the plans in court.

Virgin Atlantic said it could serve up to 84 new locations from the expanded airport compared to its current 19.

The plans would depend on Britain changing how it allocates slots to airlines. Currently Heathrow is dominated by IAG but rules governing the allocation of slots are under review by the government. "Heathrow has been dominated by one airline group for far too long," said Shai Weiss, chief executive at Virgin Atlantic. 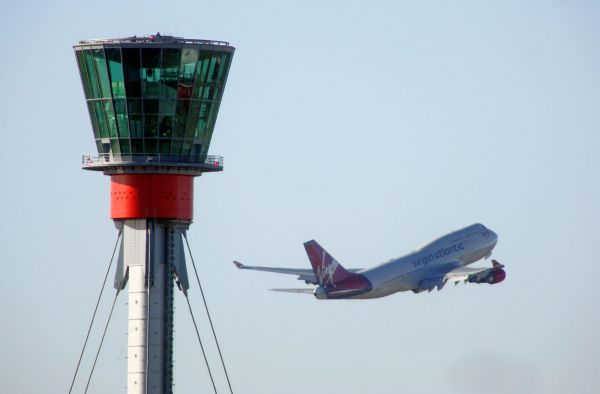 Virgin Atlantic Boeing 747-400, © Heathrow Airport
"The third runway is a once in a lifetime opportunity to change the status quo and create a second flag-carrier," he added. "This would lower fares and give real choice to passengers."

A spokeswoman for Britain's Department for Transport said aviation markets must be competitive and work in the best interests of passengers. "We are exploring the best way to allocate landing slots, ensuring they promote fair and competitive growth when significant new capacity is released," she added.

It would like to add domestic routes operated by recently acquired Flybe such as Liverpool and Edinburgh, short-haul flights to Berlin and destinations in Spain and France as well as long-haul flights to cities such as Jakarta and Panama City. Routes to Cape Town and Chicago, which it has ditched in recent years, would be brought back under the expansion plans. 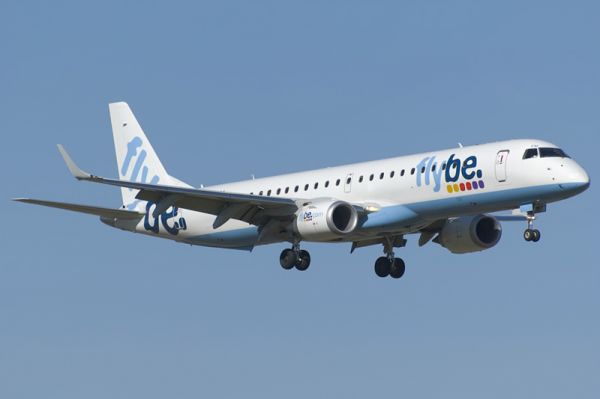 Flybe Embraer E195, © Flybe
IAG said that Virgin could have increased its slot share at Heathrow to 19.7 percent by buying slots but had chosen not to do so, adding that Virgin also rented out slots it owns to other airlines. "IAG welcomes competition but the facts speak for themselves. Virgin Atlantic's lack of Heathrow routes is down to its own corporate strategy," it added in a statement.

"Not the end of the story"

Virgin Atlantic says the increase in overall route numbers at an expanded Heathrow would help combine direct passengers with connecting ones to make the old routes viable.

The boss of Heathrow has said he is confident the construction of its new runway would go ahead despite new Prime Minister Boris Johnson's long-standing opposition to the expansion of Europe's biggest airport.

Johnson has said a court ruling in May in favour of expansion was "not the end of the story" and that Heathrow had a long way to go before it met the environmental standards demanded by law.

Campaigners are appealing against the May High Court ruling, but Heathrow, which is owned by Ferrovial, Qatar Investment Authority and China Investment Corporation among others, said the court appeal was accounted for in the airport's timetable.
© Reuters, aero.uk | Image: Heathrow Airport | 04/10/2019 10:14