LONDON - Winter is coming: the collapse of travel group Thomas Cook and a trio of subsidiary airlines is unlikely to be the last failure among Europe's struggling second-tier carriers. Rising oil prices, Brexit turbulences and intense industry competition expose all airlines to 2020 headwinds.

As Britain was activating plans for its biggest peacetime repatriation, two smaller operators, Aigle Azur and XL Airways, were before the French bankruptcy courts late September.

Shares in larger airlines rose on expectations that Thomas Cook's demise would bring them more passengers, higher fares and new airport slots. But many are wrestling with similar problems.

"We expect all the airlines we cover to rally (...) but we caution investors not to get over-exuberant, given other challenges," said J.P. Morgan analyst David Perry - citing higher fuel prices, a strong dollar and cut-throat competition. 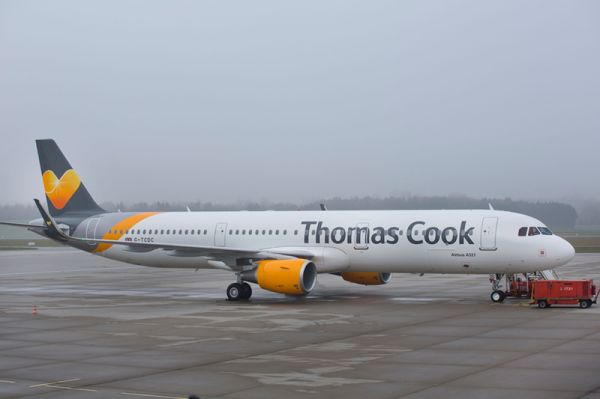 Thomas Cook Airbus A321, © Thomas Cook
The list of sector bankruptcies is growing: Monarch, Air Berlin and Alitalia failed in 2017, followed by Primera and Cobalt last year and Germania, Flybmi and Iceland's WOW so far in 2019. Regional operator Flybe's sale to a Virgin Atlantic-led consortium has narrowly averted its collapse.

Larger European carriers are not immune from the threat. Third-ranked low-cost operator Norwegian Air, which has bled cash while making inroads in the transatlantic market, won a reprieve from creditors last week, postponing repayment on 380 million US-Dollars in debt for up to two years.

A recent oil price spike that followed attacks on Saudi infrastructure will have a knock-on effect for kerosene prices that were already running high.

The strong dollar has further inflated prices for fuel and plane leases - two of the sector's biggest costs that are usually billed in the U.S. currency.

For British operators the problem is exacerbated by the pound's slide, amid worries over the country's impending European Union exit. At Thomas Cook, currency effects likely increased some leasing costs averaging 250,000 US-Dollars per jet by about a quarter once converted into sterling, industry sources said.

The venerable travel brand also suffered from deliberate price-slashing by rivals TUI and Jet2, Bernstein analyst Richard Clarke said, and a "flood of cheap flights" from online-only operators. But he added: "Brexit was likely the straw that broke the camel's back." 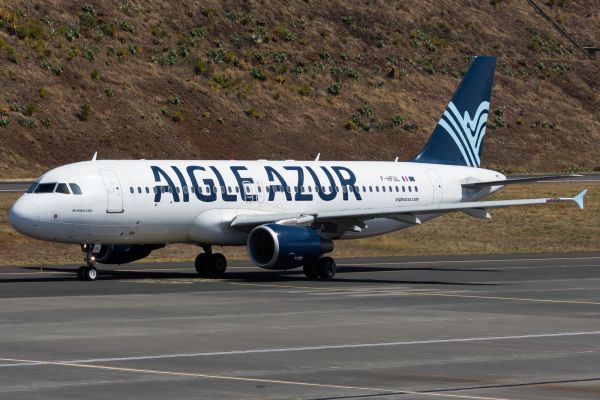 Aigle Azur Airbus A320, © Martin Rogosz
European airline traffic has grown 1.6 percent so far this year, according to air traffic control body Eurocontrol, about half the rate assumed in industry capacity plans. That has made it harder to fill planes or raise fares, adding earnings pressure that can be eased by bankruptcies or mergers.

The liquidation of Thomas Cook's 1 percent share of the market for European flights is unlikely to bring much relief on its own. Smaller airlines are more vulnerable in part because they struggle to cover fixed costs accounting for a sizeable share of their budgets for maintenance, training and other essentials.

XL Airways, which was in court to be placed under bankruptcy protection on Monday, last year transported 730,000 passengers, mainly to the West Indies and Reunion Island.

In another courtroom on the other side of Paris, bidders including IAG's Vueling and a former Air France executive were presenting offers for Aigle Azur. Between them, the two carriers employ 1,700 staff and operate 15 Airbus jets.

Europe's fragmented market of small carriers reflects impediments to consolidation that prevent them merging to gain critical mass - including third-country flying rights deals that remain national - and can thwart rescues when they fail.

Air France withdrew an offer for Aigle Azur last week after it became clear absorbing the carrier would require a complex deal with its own unions. EasyJet also dropped out.