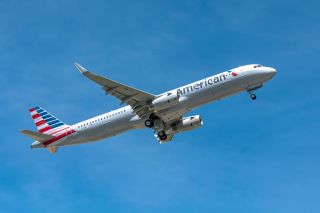 LONDON - Alabama aerospace workers won an unexpected reprieve from escalating trade tensions on Wednesday when the United States spared an Airbus plant in the state from the impact of tariffs against the European planemaker - at least for now. U.S. bulit A320neos and A220s are sheltered.

While Airbus aircraft built in Europe will be hit with a tariff of 10 percent after the World Trade Organization allowed Washington to impose sanctions on EU goods, semi-finished fuselages and wings are exempted, an official list showed.

That means large parts shipped to the deep-sea Alabama port of Mobile from plants in Europe will not be hit by the duties, allowing Airbus to continue to supply U.S.-based airlines with a limited number of locally assembled aircraft.

"Earlier today, we received confirmation from Airbus of very positive news that parts and components used at the final assembly plant in Mobile will not be subject to tariffs," said George Talbot, spokesman for the city of Mobile.

"There is a great sense of relief and gratitude about the outcome." France-based Airbus opened the Mobile plant in 2015, widening its international footprint from existing assembly lines in Europe and China.

The Alabama plant produces four A320-family jets a month, a relatively small part of the Airbus total, but is seen as important to the company's plans to raise output globally. U.S. rival Boeing Co has large manufacturing operations in the north of the state.

Mobile city leaders and Alabama lawmakers had lobbied hard for exemptions from the tariffs, arguing they could jeopardize some 1,000 jobs.

Alabama's largely conservative voters supported U.S. President Donald Trump in the 2016 presidential election, and he continues to poll very strongly in the state.

The surprise decision to omit imported aircraft sections came in a list of tariffs that was smaller in percentage terms and in scope than initially signalled by Washington.

The United States said on Wednesday it expected the European Union to enter negotiations but stressed it also had authority to increase the tariffs or alter the products affected.

Also spared by the decision to exempt imported aircraft parts were wings made in Northern Ireland for smaller Airbus A220 aircraft, which had been drawn into a separate row in 2017.

The planes are mainly built in Canada where they were originally designed by industrial group Bombardier before Airbus bought the loss-making programme last year.

But in August, Airbus also began building the planes in Mobile, adding plans for 400 jobs to 850 already in place.

A dispute over low prices for the jets sucked Boeing into a three-way trade row with Canada and Britain in 2017 and caused a political storm about politically sensitive jobs in Belfast.

For now, both those jobs and the new A220 jobs in Alabama appear to be sheltered from the latest dispute. Airbus said it was evaluating the tariff list in close collaboration with the European Commission.

Despite relief over Airbus, Alabama is bracing for tariffs that could hit Germany's Daimler, which operates a large Mercedes auto plant in Tuscaloosa, beginning next month. Trump has repeatedly threatened to impose 25 percent tariffs on imported cars from Germany and elsewhere in Europe.
© Reuters, aero.uk | Image: Airbus | 04/10/2019 17:55