Swiss to suspend A220 operation 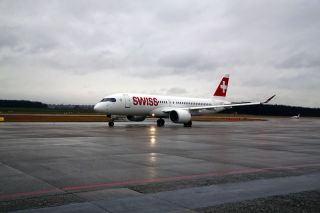 ZURICH Swiss airline Swiss has grounded its fleet of 29 Airbus A220 jets to make engine checks after one encountered technical problems on a flight to Geneva from London on Tuesday.

"Swiss has decided to carry out an engine inspection of the A220 fleet. For this reason, all A220s must undergo a comprehensive inspection," it cited a company spokesman as saying, adding many flights would be cancelled.

Swiss had no immediate comment, but an Airbus spokesman said it was supporting Swiss with its daily operations to minimise any disruption and would support any official investigation.

"Pratt & Whitney and our airframe OEMs (manufacturers), working in coordination with the regulatory authorities, have recommended additional inspections of the low-pressure compressor for PW1500G and PW1900G engines to keep the fleet operational," a spokesman said.

"The engines continue to meet all criteria for continued airworthiness. We are working closely with our customers to minimise disruption to their operations."

Airbus said it was aware of an incident earlier on Tuesday involving an A220 aircraft operated by Swiss and that it was working with United Technologies unit Pratt & Whitney. Brazil's Embraer was not immediately available.
© Reuters, aero.uk | 15/10/2019 18:26