"We made some mistakes" 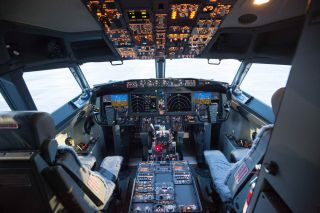 WASHINGTON - Boeing Chief Executive Dennis Muilenburg was repeatedly hammered by U.S. lawmakers at a hearing on Wednesday over his compensation and key mistakes in development of the 737 MAX that he newly acknowledged. This is what happend during the hearing.

Enduring hours of aggressive questions related to 737 MAX crashes in Indonesia and Ethiopia, which killed 346 people, Muilenburg repeatedly told lawmakers that he would not resign as chief executive of the world's largest planemaker.

The back-to-back hearings in the Senate and House of Representatives are the highest-profile congressional scrutiny of commercial aviation safety in years. They have heaped fresh pressure on a newly rejiggered Boeing senior management team fighting to repair trust with airline customers and passengers shaken by an eight-month safety ban on its 737 MAX.

The CEO began his remarks by turning and looking directly at family members of the victims seated closely behind him as he apologized for the lives lost in the two crashes.

In the most intense exchange at the hearings so far, Representative Steve Cohen from Tennessee on Wednesday thundered at Muilenburg, "What does accountability mean – are you taking a cut in pay? Are you working for free from now on until you can cure this problem? These people's relatives are not coming back, they're gone. Your salary is still on," he said, gesturing to the family members at the hearing.

"Congressman, it's not about the money for me," Muilenburg said. He later added that he and other executives would not receive bonuses this year. Representative John Garamendi of California ticked off "serious quality issues" on other Boeing flagship aircraft such as the 787 Dreamliner and KC-46 aerial tanker.

"You have a systemic problem in your company," Garamendi said. "You are pushing profits over quality and safety." Boeing's shares were down nearly one percent in afternoon trading.

The hearing focused on the company's anti-stall system known as MCAS - which automatically and repeatedly pushed the plane's nose down in both crashes as pilots fought for control.

Lawmakers released Boeing documents that showed the company had considered adding an MCAS failure alert on the flight control panel to the 737 MAX. Another Boeing document warned that if a pilot failed to respond in more than 10 seconds to the software, activation could lead to a "catastrophic" failure. Muilenburg acknowledged, "We made some mistakes" when developing MCAS.

For months, Boeing had largely failed to acknowledge blame, instead vowing to make a "safe plane safer." The hearings represented Boeing's broadest acceptance of responsibility that it made mistakes, but Muilenburg stopped short of what some lawmakers and victims' families demanded.

Representative Peter DeFazio, who heads the House Transportation and Infrastructure Committee holding Wednesday's hearing, blasted Boeing for a "lack of candor" and pressed Muilenburg on why MCAS was vulnerable to a single point of failure.

The 737 MAX, when regulators lift the safety ban, will have a number of new safeguards. It will take data from two key sensors that measure the "angle of attack" - or angle of the wing to the airflow - instead of one, and only let MCAS activate a single time.

Muilenburg quickly listed Boeing's failure to disclose for months that it had made optional a cockpit alert flagging disagreement between the airflow sensors. "We got that wrong," he said.

Muilenburg also said, "Clearly, we had some areas to improve" regarding MCAS. And finally he said the company should have been more "efficient and comprehensive" in its communications and documentation "across all of our shareholders."

But Muilenburg deflected a follow-up question on whether he could name specific individuals who were to blame for these mistakes, saying larger "teams" were responsible.

DeFazio also questioned why Boeing scrapped initial plans to install a MCAS "annunciator" alert and how pilots could be expected to recover if the system failed, when Boeing failed to disclose details on the MCAS system to pilots. He also hammered Boeing's assumptions on how long it would take pilots to respond to a failure.

"I've talked to a lot of pissed off pilots," DeFazio said. "We need reforms on how commercial aircraft are certified," he concluded.

Muilenburg told reporters that he had met with some family members of the victims before the Wednesday's hearing and later said he regretted not meeting with them sooner.

In an earlier statement, DeFazio said the panel was aware of "at least one case where a Boeing manager implored the then-vice president and general manager of the 737 program to shut down the 737 MAX production line because of safety concerns." Boeing did not comment Tuesday on the allegation.

Muilenburg told reporters he believes the allegation was in response to concerns about a change in the increase of the production rate. He said Boeing was aware of those concerns and had acknowledged them. Toward the end of the hearing, Representative Jesus Garcia of Illinois called for Muilenburg's resignation, saying Boeing was either negligent, incompetent or corrupt, starting at the top. Garcia added. "I think it's time that you submitted your resignation, don't you?
© Reuters, aero.uk | Image: Safran | 31/10/2019 08:12