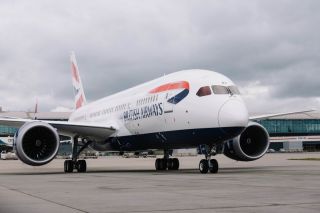 LONDON - British Airways owner IAG said on Thursday that it had taken a hit from industrial action from pilots at the airline, knocking profits in its third quarter.

The group said that the action by pilots at BA, together with other disruption, resulted in a hit to operating profit of 155 million euros in the three months to September 30.

British Airways pilots went on strike for 48 hours in September, grounding 1,700 flights in a dispute between pilot union BALPA and the airline over pay. The pilot walkout was the first in the airline’s history. No further strike dates have been scheduled, but the union said it retained the right to announce more.

IAG Chief Executive Willie Walsh said that aside from the disruption, the airline group had performed well. "These are good underlying results,” he said in a statement. "Our performance has been affected by industrial action by pilots’ union BALPA.”
© Reuters, aero.uk | 31/10/2019 09:12