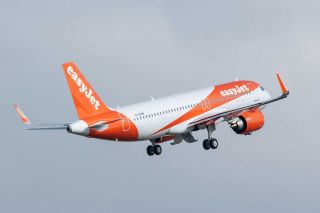 LONDON - Low-cost airline Easyjet has added baggage services to its flight-connections partnership with two budget long-haul carriers flying from Paris, in a move that challenges Air France on transatlantic and Caribbean leisure routes. Air France is eager to counter the step with Transavia.

Starting on Friday, Easyjet said passengers arriving at Orly for connecting flights with La Compagnie or Corsair can re-check baggage at a desk near the carousel before being fast-tracked to their next boarding gate with easyJet’s "self-connect” service.

Traditional carriers such as Air France-KLM, whose regional networks have been eroded by low-cost rivals, now face stiffer long-haul competition as budget and point-to-point operators combine offerings to provide new connections and routes.

The latest such partnership, announced by Norwegian Air (NWC.OL) and JetBlue, will connect dozens of American cities with Norwegian flights between New York, Boston or Fort Lauderdale and Europe, on a single booking.

Transavia, Air France-KLM’s low-cost arm, is fighting back with its own "Smart Connect” service that will begin coordinating flight transfers between its French and Dutch operations to offer new destinations.

To accommodate transfers between terminals, the easyJet Worldwide service includes a minimum connection time of two-and-a-half hours. Unlike some network carriers, easyJet will not hold back departures for passengers on delayed feeder flights.

The operation "does not impact Easyjet’s punctuality, its asset utilisation or operating model”, the company said on Friday.
© Reuters, aero.uk | Image: Easyjet | 04/11/2019 08:17