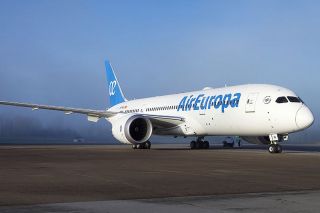 LONDON - British Airways owner IAG said on Monday it had agreed to buy Spanish carrier Air Europa for 1 billion euros ($1.12 billion) in cash as it set its sights on the market in European travel to Latin America. IAG will tie Air Europa to Iberia to strenghen its Madrid hub operation.

"This is of strategic importance for the Madrid hub, which in recent years has lagged behind other European hubs", said Iberia head Luis Gallego. "Following this agreement, Madrid will be able to compete with other European hubs on equal terms with a better position on Europe to Latin America routes and the possibility to become a gateway between Asia and Latin America."

Air Europa is one of the leading private airlines in Spain, operating scheduled domestic and international flights to 69 destinations, including European and long-haul routes to Latin America, the United States of America, the Caribbean and North Africa.