Emirates: Rolls-Royce needs to sort itself 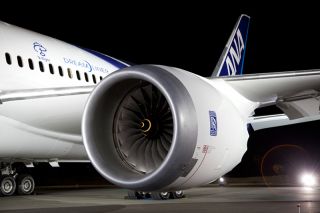 DUBAI - The board of Rolls-Royce must urgently address its engine performance problems, the head of Dubai's Emirates said, as the world's largest buyer of wide-body jets weighs up who will power its order of Boeing 787 jets. Emirates puts the engine makers on a four years notice with the deal.

Emirates agreed to buy its first 787 Dreamliners in a last-minute, $9 billion deal at the Dubai Airshow on Wednesday, without specifying what engine would power it, while reducing its order for the U.S. planemaker's delayed 777X model.

The 787s, which can take either Rolls or rival GE Aviation's GEnx engines, will be delivered to Emirates in 2023, a year later than a tentative purchase plan outlined two years ago. That gives Rolls-Royce more time to sort out the durability issues in its Trent 1000 engines before Emirates believes a realistic competition can be held.

"Rolls have had a number of wake up calls and they really need to sort themselves out. I think the alarm clock has gone off a number of times," Emirates President Tim Clark said at the Dubai Airshow.

"If I were on the board, I would be looking to recognise the issues... and deal with them immediately, meaningfully, forcefully and drive change," he told reporters.

A spokeswoman for Rolls-Royce said it was proud that Emirates had chosen to order 50 Airbus A350s, powered by Rolls' Trent XWB, in a deal announced this week.

"We are confident in the reliability and performance of our engines, and in our commitment to meeting the high standards expected by our customers," the spokeswoman said. "(Emirates) is one of the largest operators of our Trent engines in the world, and we are committed to maintaining our strong relationship with them."

The Rolls-powered version of the 787 has been hit by repeated technical problems, leading to share price pressure and drawing criticism from airlines.

The engine maker's chief executive Warren East said on Nov. 7 that the company would spend more on parts and replacement engines to reduce the time aircraft are grounded while turbine blades are replaced.

Clark said that the situation at Rolls was "salvageable" if board acted quickly and accepted the issues they were having. "With the reputation that (Rolls) has for quality engineering and its excellence in the past, they must restore that as the gold standard," he said.

He said his comments should not be read as a criticism of any individuals including East. Clark has been a vocal critic of engine makers, saying in September he wouldn't take new planes unless their engines were ready and said he was "a little bit irritated" by delays at Rolls and GE.

GE powers the 777X, which Emirates cut its order of on Wednesday after Boeing pushed back its entry into service, partly due to issues with its engines. Clark said engine makers should only offer technology that was mature enough to work reliably in the demanding conditions of the Gulf, adding: "Don't use (airlines) as guinea pigs".
© Reuters, aero.uk | Image: Rolls-Royce | 24/11/2019 07:59