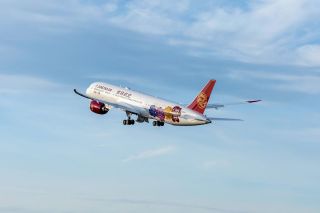 MANCHESTER - Manchester Airport announced "a landmark deal" to connect the North with Shanghai, China’s biggest city and one of the world’s most important economic powerhouses. Chinese carrier Juneyao Air has chosen the Northern hub for its first ever UK service, which will be on offer three times a week.

The airline will operate the route three-times-a-week using Boeing 787-9 Dreamliners.

The news has been hailed as "a key step towards making the North one of the world’s most globally competitive regions" and is tipped to unlock hundreds of millions of pounds-worth of trade, investment and tourism benefits.

"We have seen first-hand how new routes to high-growth economies can unlock significant trade, cultural and knowledge exchange opportunities and this will be no different",  said Manchester Airport CEO Andrw Cowan.

Juneyao’s service operates initially via Helsinki on Mondays, Wednesdays and Fridays. It will arrive into Manchester at 08:30 am and depart for Shanghai at 10:00 am. Juneyao will operate a Dreamliner, with business and economy cabins, on the route.