Branson pulls out of deal to sell Virgin Atlantic stake 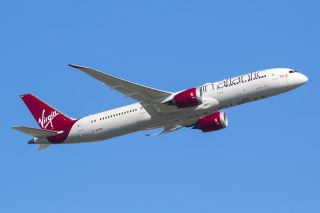 LONDON - After a year of new found glory Richard Branson changed his mind on Virgin Atlantic: The U.K billionaire pulls out of a 2017 deal to sell a 31 percent stake in the airline to Air France-KLM. Virgin Atlantic bolstered its hub-strategy with the take-over of Flybe and expects Heathrow momentum.

Air France-KLM will not become a shareholder in Virgin Atlantic. "Our family will continue to hold the 51 per cent of Virgin Atlantic shares we own," Branson wrote in his personal blog Monday. "We’ll also continue to work extremely closely with our partners investing together in a thriving airline and holiday company."

The 2017 deal would have seen Air France-KLM take a 31 percent stake from Branson in a 220m pound transaction. The move was meant to integrate Virgin more closely in a trans-Atlantic joint venture spanning Air France, KLM and Delta Air Lines, that controls a 49 percent stake of Virgin Atlantic.

Still, the market developed in Branson`s favor since then. Under its new CEO Shai Weiss Virgin Atlantic opened new routes to Tel Aviv and Mumbai, ordered A330-900 aircraft and took over defuct Flybe. The regional airline will continue operations as a London Heathrow hub-feeder for Virgin Atlantic.