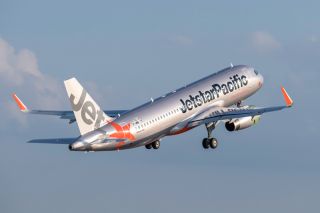 SYDNEY - The pilots of Jetstar will conduct a limited number of four-hour work stoppages on Dec. 14 and 15 following a failure to agree on a pay deal with the budget airline, the Australian Federation of Air Pilots (AFAP) said on Friday.

The union, representing most pilots at the Qantas Airways Ltd subsidiary, voted in favour of industrial action which it said would also include bans on working on days off and outside a published roster, as well as not agreeing to extend flying duties beyond the existing limits.

Action will not be taken over the Christmas to New Year period to protect the holiday for the travelling public, AFAP said.

Jetstar Group Chief Executive Gareth Evans said the airline would do all it can to protect the travel plans of customers, but they could face delays and cancelled flights if industrial action occurred. He said the airline had offered pilots a 3% wage increase in line with other employee groups, but they were seeking the equivalent of a 15% pay rise in the first year.

"The union's demands would put significant pressure on the low fares our customers rely on and force us to review our investment in new aircraft, new technology and new destinations," Evans said in a statement.

AFAP Executive Director Simon Lutton said the union, which represents around 80% of Jetstar pilots employed in Australia, hoped to resume talks with the company to reach an agreement so that no further action was needed.

Jetstar baggage handlers and ground crew represented by the Transport Workers' Union (TWU) on Friday separately voted in favour of strike action over failed pay negotiations. The airline said the impact of any action by TWU members was likely to be minimal as it had strong contingency plans in place.
© Reuters, aero.uk | 06/12/2019 08:51