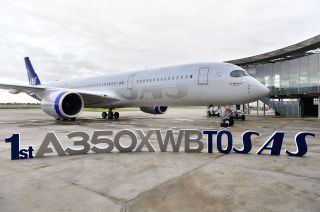 STOCKHOLM - Scandinavian airline SAS expects losses to deepen in the first quarter of next year, sending its shares down in double digits despite a rise in fourth-quarter profit. The company said it expected a bigger loss for the first quarter compared to last year because of challenging market conditions.

SAS has been restructuring and making cost savings to cope with rising fuel costs and competition from the likes of Norwegian Air and Ryanair.

SAS’s full-year result was hit by higher the jet-fuel costs, unfavorable currency movements and a strike. It said that an uncertain economic outlook and a slowdown in key economies would negatively impact customer demand.

"The continued weakness of the Swedish and Norwegian krona against the U.S. dollar and the euro also remains a challenge," SAS said in its results statement.

The company also said it expected an operating margin before one-off items of 3-5% for the fiscal year 2020, given market conditions, higher costs for new aircraft, increased training volumes, and the implementation of IFRS 16, an accounting system.

SAS said it had seen a strong momentum in the quarter, with profits lifted by cost-cuts and reduced market capacity, but it failed to meet two out of three financial targets for the fiscal year 2019.