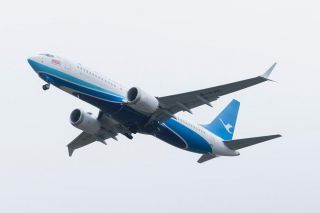 Boeing grounded its entire 737 MAX fleet, halting deliveries of its best selling commercial airliner, after an Ethiopian Airlines flight crashed in March last year. It was the second 737 Max to crash in a matter of months. A Lion Air plane crashed in Indonesia in October, 2018.

The expert panel, led by a retired Air Force general and a former head of the Air Lines Pilot Association, also called for improvements in how the FAA certifies new planes. It did not back ending the long-standing practice of delegating some certification tasks to aircraft manufacturers.

The panel, which was named by U.S. Transportation Secretary Elaine Chao in April, recommended the FAA mandate Safety Management Systems (SMS) for "design and manufacturing organizations." The FAA currently requires them for airlines.

The special committee report released on Thursday said "unlike the current certification system's focus on compliance, SMSs foster a holistic assessment of whether the combinations of actions such as design, procedures, and training work together to counter potential hazards."

Boeing's safety culture was harshly criticized last week after it released hundreds of internal messages about the development of the 737 MAX, including one that said the plane was "designed by clowns who in turn are supervised by monkeys."

Boeing in a statement said it "will study these recommendations closely, as we continue to work with government and industry stakeholders to enhance the certification process.”

FAA Administrator Steve Dickson praised the recommendation to "advance the use of Safety Management Systems throughout all sectors of the aviation industry," adding that the FAA will review the findings.

U.S. House Transportation Committee chairman Peter DeFazio last month said his panel's review of the fatal crashes found "a broken safety culture within Boeing and an FAA that was unknowing, unable or unwilling to step up, regulate, and provide appropriate oversight of Boeing."

The special committee said new aircraft testing "should include multiple failure mode scenarios and involve trained pilots who reflect a representation of the anticipated end-users of the product."

National Transportation Safety Board chairman Robert Sumwalt said in September that crews in the two fatal crashes "did not react in the ways Boeing and the FAA assumed they would."

On the two planes that crashed, a sensor fed faulty data to a key safety system known as MCAS designed to prevent stalls that repeatedly activated, pushing the nose down. One of the software updates being implemented by Boeing will prevent the system from activating more than once before a situation has been resolved.

The special committee said the FAA should propose to the International Civil Aviation Organization "the sharing of operational data internationally to enhance safety."

The report also said the FAA needs an "aggressive recruitment campaign to encourage students to pursue careers at the FAA" and should address "concerns about potential undue pressure" on Boeing employees conducting FAA certification tasks.

The Justice Department and Transportation Department's Office of Inspector General are both investigating the 737 MAX certification.
© Reuters, aero.uk | Image: Boeing | 17/01/2020 07:49