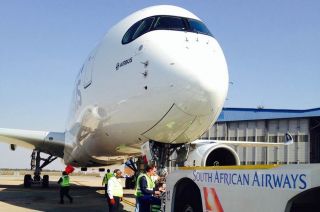 State-owned SAA is fighting for its survival after it entered a form of bankruptcy protection last month and cancelled some flights this week because of cash shortages.

"The business rescue practitioners and management have taken various actions to ensure that cash is conserved. As a result we have sufficient funds to pay January salaries," business rescue specialists Les Matuson and Siviwe Dongwana said in a statement.

Matuson and Dongwana were promised 4 billion rand ($279 million) of funding from lenders and the government to sustain rescue efforts for SAA but only received the 2 billion rand from lenders.