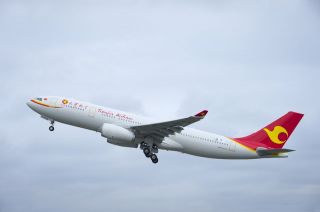 BEIJING - Foreign pilots at some Chinese airlines have returned to their home countries and are considering other jobs after being placed on unpaid leave as demand falls because of the coronavirus.Meanwhile, Chinese pilots with greater job security said their income has been sharply reduced.

Most of their pay is based on flying hours. Data firm OAG estimates about 80% of scheduled airline capacity to, from and within China has been cut this week because of SARS-CoV-2, the virus that has killed more than 2,000 people. Chinese airlines have been the hardest hit.

"All the foreign pilots are on leave until the virus situation gets better," said an expatriate captain at China Southern who, like all of those who spoke to Reuters, requested anonymity because he was not authorised to speak with media. "For the moment we are all in our home countries."

Expats are typically paid more than local staff and work on contracts, which means they are more expendable in a downturn, industry experts said.

"We have seen pilots heading back to Australia in January and February due to the stand down and seeking new roles," said Kirsty Ferguson, the head of Sydney-based airline interview coaching firm Pinstripe Solutions.

As China's airline sector ballooned, it imported foreign experience: the number of foreign pilots flying with Chinese airlines more than doubled to over 1,500 between 2010 and 2019, according the Civil Aviation Administration of China.

China will need another 124,000 pilots in the next 20 years, according to Boeing, as an expanding middle class drives demand for air travel. But foreign pilots said being put on leave without pay makes it less likely they'll return when demand recovers.

A foreign captain at Fuzhou Airlines, part of HNA Group, said he was placed on unpaid leave when the virus hit and was concerned it would be permanent.

"They hope people will find other jobs as none can go without pay forever," he said. "This way they 'save their face,' and secondly they don't feel obliged to dismiss you properly according to the contract."

The pilot said that he was looking for jobs closer to home, but that so far those options paid less than in China. Foreign pilots can make more than $300,000 a year there, making it one of the best-paying markets in the world.

A pilot at Tianjin Airlines, also part of HNA Group, said he was told it would be at least three to four months before the carrier starts recalling expatriate captains. He has found work with another foreign airline, he said. HNA declined to comment.

A local pilot at China Southern said he was barely flying and as a result was receiving only his base salary, roughly 1/6 to 1/8 of his normal pay.

"What we can do now is keep a good mentality and enjoy the company of our family at home," he said. "Eat well, sleep well and exercise well and keep learning. Build up the energy so that we'll be well prepared for whatever comes later."
© Reuters, aero.uk | Image: China Eastern | 19/02/2020 14:18