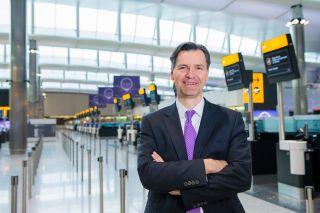 LONDON - Heathrow airport pushes for its expansion. Despite record breaking start to the year at Heathrow, latest figures show that its EU competitor, Paris Charles de Gaulle, is growing at twice the rate and is set to overtake as Europe`s leading hub airport within the next two years, the airport warned.

Yet, the airport management is worried that the current momentum of Paris CDG might outpace Heathrow growth - by 2022 Paris could become Europe`s most frequented airport. Paris CDG also increased its January passenger performance by 2.9 percent to a total of 5.5 million travellers.

"If we are to be a truly global Britain, we need to be better connected to global markets than our rivals in Europe," said Heathrow chief executive John Holland-Kaye. "It would be an economic disaster for the country to fall behind, just as we leave the EU."

Heathrow´s third runway will "make the UK a winner", according to Holland-Kaye, "connecting all of Britain to global growth and that`s why we need to get on with delivering it." PM Boris Johnson recently hinted in parliament that the construction of a third Heathrow runway is not a top priority for its administration.
© aero.uk | Image: LHR | 22/02/2020 06:09