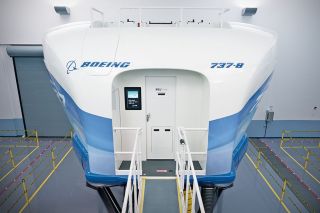 WASHINGTON - The Federal Aviation Administration (FAA) on Monday issued new rules aimed at improving pilot performance and preventing errors in the cockpit that could lead to crashes.

The new requirements are aimed at boosting pilot professional development and ensuring that pilots adhere to all standard operating procedures, including performing only essential duties during critical phases of flight, including all take-offs and landings.

The regulation will be phased in through April 2023. The rules were proposed in 2016 and inspired by the last fatal crash of a U.S. passenger airline jet -- a Colgan Air Bombardier jet that crashed on approach to Buffalo, New York in February 2009, killing 50.

The National Transportation Safety Board (NTSB) said the Colgan pilots failed to monitor airspeed and to adhere to so-called sterile flight deck procedures barring nonessential duties by pilots during critical phases of flight.

The FAA said the rule "will mitigate incidents of unprofessional pilot behavior and reduce pilot errors that can lead to a catastrophic event."

Under the rules, new airline pilots must complete two flights as observers before taking the controls. The FAA also will require airlines to have pilot professional development committees to administer formal pilot mentoring programs and revise and upgrade curriculum.

The FAA said the NTSB "has continued to cite inadequate leadership in the flight deck, pilots’ unprofessional behavior and pilots’ failure to comply with the sterile flight deck rule as factors in multiple accidents and incidents" including the Colgan flight.
© Reuters, aero.uk | 25/02/2020 07:57