Airlines cling on freight to earn some cash

LONDON - Delta Air Lines, Air New Zealand and Lufthansa are the latest passenger airlines to say they would offer cargo charter services on passenger planes to boost revenue as the U.S. Senate unanimously passed a bill to give its carriers $58 billion in aid, including payroll support.

The passenger travel industry has been ravaged by the coronavirus pandemic, with Australia's Flight Centre Travel Group Ltd announcing plans to cut 6,000 travel agent roles globally, either temporarily or permanently.

The International Air Transport Association (IATA), which represents airlines, said it has written to the heads of governments of 18 countries in the Asia-Pacific region, including India, Japan, Malaysia, South Korea, Thailand, Vietnam and the Philippines for emergency support for carriers.

"Travel restrictions and evaporating demand mean that, aside from cargo, there is almost no passenger business," IATA Director General Alexandre de Juniac said in a statement. "For airlines, it's apocalypse now." 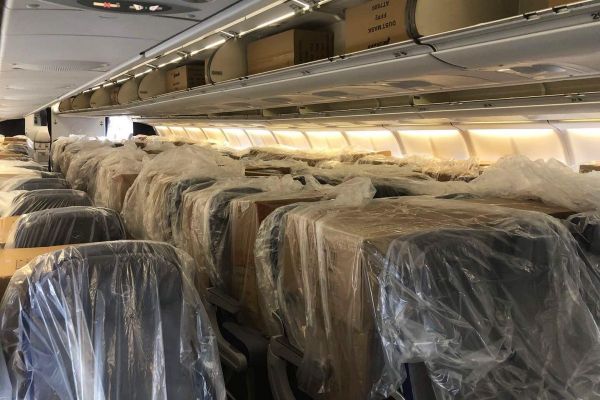 Lufthansa Airbus A330, © Lufthansa
Singapore Airlines on Thursday went into a rare trading halt pending an announcement, days after it said it would ground almost its entire fleet and seek more financing as it grapples with the coronavirus pandemic.

IATA estimates the COVID-19 crisis will reduce passenger demand in Asia-Pacific by 37% this year compared to 2019, with a revenue loss of $88 billion.

Singapore, Australia and New Zealand are among the few countries in the region that have announced some financial relief for airlines, but it has not stopped carriers from putting staff on leave and grounding planes.

Virgin Australia plans to permanently cut more than 1,000 jobs among the 8,000 staff that have been stood down due to cuts to its flying schedule, chief executive Paul Scurrah said.

In a move unthinkable under normal conditions, Australia's competition regulator said it would allow Virgin, Qantas Airways Ltd and Regional Express Ltd to coordinate flight schedules and share revenue on 10 regional routes. The approval is conditional on the carriers charging fares no higher than those in place on Feb. 1.

"We hope that this temporary measure will also support airlines' ability to again compete with each other on these routes once the pandemic crisis has passed," Australian Competition and Consumer Commission Chairman Rod Sims said.

In the United States, United Airlines Holdings unveiled more domestic capacity cuts, meaning its total, including international, will drop by around 68% in April.

Alaska Air Group said it would cut its schedule by 70% in April and May and had suspended its dividend, drawn down a $400 million credit line and secured an additional $425 million loan to help weather the crisis. 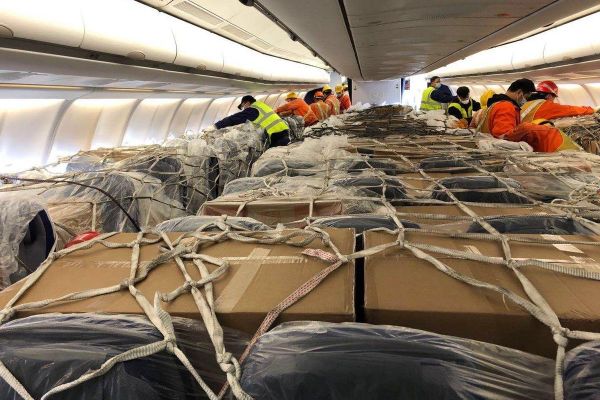 Lufthansa Airbus A330, © Lufthansa
The U.S. Senate on Wednesday evening passed an industry aid package, half in the form of grants to cover some 750,000 employees' paychecks.

Companies receiving funds cannot lay off employees before Sept. 30 or change collective bargaining agreements. The bill has restrictions on stock buybacks, dividends and executive pay, and allows the government to take equity, warrants or other compensation as part of the rescue package.

The U.S. House of Representatives is expected to vote to approve the measure on Friday and President Donald Trump has promised to sign it into law.

In an effort to raise much-needed revenue and keep some planes in the air, Delta and Air New Zealand said they had joined the growing number of carriers offering cargo charters on passenger planes.

"We've shared these options with our global cargo customer base and are getting some strong interest from customers wanting to ship to and from Shanghai, Hong Kong, San Francisco, Los Angeles, Sydney and Melbourne," said Rick Nelson, Air New Zealand's general manager for cargo.

About half of the world's air cargo normally travels in the bellies of passenger planes rather than dedicated freighters, so the cancellation of passenger flights has led to a sharp reduction in cargo capacity. Roughly 1,800 planes had been grounded globally on Monday and Tuesday, according to aviation research firm Cirium.

IATA said red tape is holding up medical and other emergency supplies needed to help tackle the virus crisis. Examples include two shipments, each containing about five to 10 tonnes of medical supplies, bound for Latin America and currently held up in Dubai and India.