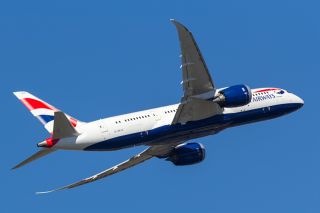 LONDON - Britain is continuing talks with the aviation industry about how best to support the sector, Prime Minister Boris Johnson and pilots union Balpa said this week, reviving the prospect of a sector-specific support package that had seemed to be on hold only a few days earlier.

Finance minister Rishi Sunak had told airlines in a letter on Tuesday that state investment to help them survive the coronavirus crisis will only be considered once they have looked at the possibility of raising capital from existing investors.

The letter appeared to freeze any prospect of a special assistance package for aviation, which has been hard-hit by curbs in travel.

But asked whether the government had abandoned the sector, Johnson told parliament that discussions with the aviation sector were ongoing, adding that airlines could also access loan support schemes announced for businesses already.

"We have certainly not washed our hands of any sector of UK business or industry. We are in regular contact with the aviation sector, doing everything that we can to help," he told lawmakers. "There are ... contacts going on as we speak," he added.

UK airlines such as easyJet, IAG-owned British Airways and Virgin Atlantic have almost no revenue coming in after demand for air travel came to a standstill, forcing them to ground hundreds of planes and putting thousands of jobs and the future of the sector at risk.

London City Airport said it would suspend all commercial and private flights from Wednesday evening until the end of April following Britain's order that people should stay at home and stop travelling.

"At this point in this fast-moving and unprecedented situation, we think this is the responsible thing to do," it said.

The British Airline Pilots Association (BALPA) said the suggestion that the government would not provide financial backing for airlines was misleading and that discussions about unique measures for individual airlines were ongoing.

"It is unhelpful that correspondence is leaked out of the context of discussions. It gives rise to the erroneous conclusion that there is no chance of any government help for UK airlines. I've said before that there is no 'one size fits all' solution," BALPA General Secretary Brian Strutton said.

"The government will be looking at areas such as the airline's financial state, whether it could raise the cash in other ways, or if it's crucial to the UK transport system. These deliberations still are ongoing so we should await the outcomes."
© Reuters, aero.uk | Image: Heathrow Airport | 28/03/2020 10:15