Government to pay Icelandair for keeping some routes open 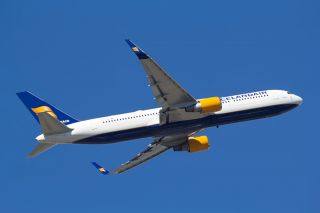 COPENHAGEN - Iceland will pay carrier Icelandair up to 100 million krona ($717,000) to keep some flights to and from Iceland open for three weeks, Icelandic daily Morgunbladid reported on Monday.

Icelandair, whose largest market is for flights between Europe and North America via Iceland, has been heavily affected by U.S. travel restrictions, implemented earlier this month.

Icelandair has agreed to continue operating flights to Boston and either London and Stockholm two days a week. The government would cover any losses incurred for those flights, Morgunbladid reported.

The agreement between the airline and the government has already taken effect, according to Morgunbladid.
© Reuters, aero.uk | 01/04/2020 12:58