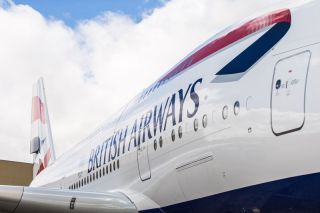 LONDON - Airlines, airports and regulators have given their backing to a plan to turn large passenger aircraft into intensive care wards during the coronavirus pandemic, a UK-based group working on the idea said on Monday. International governments are considering the proposal.

The group, calling themselves Caircraft, believe that big aircraft like A380s and A340s, which are grounded due to coronavirus travel restrictions, could be stripped down and refitted with ICU beds and equipment in seven to ten days.

Between 100-150 beds could fit on each aircraft depending on the size of the jet under the group's design plans, and it is now waiting for government support for funding and coordination.

"We've had various conversations at various levels. And we absolutely appreciate how busy they are with everything else going on," aviation economist Chris Tarry said of contact with government. "It's a question of reaching the right desks at the right time."

Tarry has joined entrepreneur Nick Dyne, Jonathan Sackier, Visiting Professor of Surgery at Oxford University’s Nuffield Department of Surgical Sciences and others on the plan. The group is also talking to the U.S. government, Canada, Germany and Malaysia about the idea, Dyne said.

UK airlines with parked-up widebody jets support the idea, said Dyne without naming them, although they are believed to include British Airways and Virgin Atlantic, as well as a number of UK airports and the UK aviation regulator, the CAA.

Britain is bracing for the epidemic to peak in the coming weeks, and is building field hospitals in London, Birmingham, Manchester and Cardiff to bolster its state-run National Health Service (NHS).

Under the Caircraft plans, which the group has been working on for a week, the aircraft would first fly to the place where they were to be needed, before being fitted out. They would not move once treating patients.

"What we don't want to do is to be a flying hospital. The regulatory issues regarding that are just too great," said Dyne.

The group say the advantage of using planes is that not only are they mobile and there are plenty of them now available, but also that their filtered, one-way airflow systems mirror those of an operating theatre. Dyne declined to comment on the how much it would cost to convert each aircraft.
© Reuters, aero.uk | Image: British Airways, Airbus | 06/04/2020 16:26