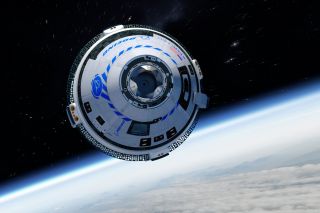 CHICAGO - Boeing Co said on Monday it would send its Starliner astronaut spacecraft on another unmanned mission to the International Space Station.

This comes months after its last flight was cut short because of a software bug.

During the December test, a series of software glitches and an issue with the spacecraft's automated timer resulted in Starliner failing to dock at the space station and returning to Earth a week early.

In February, a NASA safety review panel found that Boeing had narrowly missed a "catastrophic failure" in the botched test, and recommended examining the company's software verification process before letting it fly humans to space.

NASA officials held back on ordering a redo because they "didn’t think it would be sufficient" to address all of the concerns raised in the safety review, an agency official told Reuters, adding that NASA would be making additional recommendations.

"Flying another uncrewed flight will allow us to complete all flight test objectives and evaluate the performance of the second Starliner vehicle at no cost to the taxpayer," the company said in a statement.
© Reuters, aero.uk | 07/04/2020 10:53