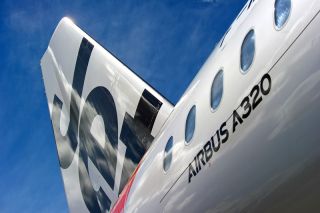 SINGAPORE - Pilot Jonathan Lau knows the importance of maintaining safe distance in the skies. Now he is dishing out that advice on the ground, making sure people stay apart to help curb coronavirus infections in Singapore.

Since starting unpaid leave from airline Jetstar Asia, which temporarily suspended flights last month because of travel bans, Lau spends his days handing out pamphlets and chatting with locals as a government virus awareness "ambassador".

Jetstar Asia, the Singapore-based unit of Australia's Qantas Airways Ltd, is one of several aviation companies that have teamed up with the government to help funnel temporarily idle workers into much-needed public roles.

"In our field we are seen as leaders," Lau said. "When we perform our roles as ambassadors, we can lead by educating the public about safe distancing."

To try to stem a sharp rise in cases, Singapore on Tuesday entered the first day of a monthlong partial lockdown. It has advised residents to stay home, not socialise and maintain a metre from one another if they have to go out for essential activities.

Staff from flag carrier Singapore Airlines and aviation services provider SATS Ltd are also being deployed into roles such as contact tracers and other administrative jobs in hospitals, according to local media reports.

As part of wide-ranging virus relief measures, Singapore is co-funding a large share of workers' wages in the hard-hit aviation sector.

Authorities said on Monday they would station some of these ambassadors along with enforcement officers in public housing estates to discourage people from hanging out in public spaces.

Cabin crew Aaron Yew and Jackie Kin, who have a combined flying experience of over 35 years, also immediately signed up when they received an email from Jetstar about alternate jobs. They have been teaching restaurants about measures to combat the disease.

"It's easy for us break the ice and to start talking to them. This is something we built over the years," Yew said.

Their new temporary roles come as airlines globally are dealing with unprecedented challenges, including salary cuts and job losses.