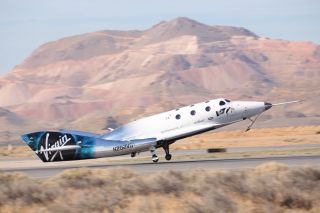 LONDON - Richard Branson taps his space company as a source of funding for Virgin Atlantic. Virgin Group said that it may sell up to 25 million shares of space tourism company Virgin Galactic to raise funds amid the Covid-19 pandemic.

The company said it intends to use the proceeds to support its portfolio of global leisure, holiday and travel businesses that have been affected by the impact of the coronavirus.

Based on Friday’s closing price, the offering would raise as much as $504.5 million. The company, which aims to offer the first commercial space flight later this year, said in April it would keep running as a critical infrastructure business during the pandemic.
© Reuters, aero.uk | 12/05/2020 13:54