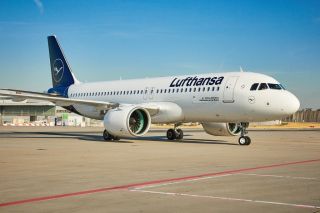 FRANKFURT - Lufthansa plans to resume flights to destinations including Los Angeles and Mumbai next month as it begins to restore some of the capacity grounded by the coronavirus crisis.

Group airlines that had brought operations to a near halt will operate about 1,800 weekly flights to 130 destinations by the end of June, Lufthansa said in a statement. Its shares rose 2.4%, the biggest gain on Germany's benchmark DAX.

The announcement comes as carriers make tentative plans to return aircraft to service amid uncertainty over passenger demand, new health rules being drawn up and quarantine measures in some markets. Airline capacity inched 0.8% higher in Western Europe this week, according to OAG data.

"People want to and can travel again, whether on holiday or for business reasons," Lufthansa sales chief Harry Hohmeister said in the group statement. Tickets for the newly available routes went on sale on Thursday.

Lufthansa, its German flag carrier, will restore services from Frankfurt and a smaller number from Munich as it returns to European destinations including Majorca as well as 13 intercontinental routes.

The SWISS, Eurowings and Brussels Airlines subsidiaries are also restoring some flights. Lufthansa had said last week it planned to fly more planes in June.

The airline group is negotiating a 9 billion euro ($9.7 billion) bailout with Germany's economic stabilisation fund to tide it through the pandemic and what is expected to be a protracted travel slump in its wake.
© Reuters, aero.uk | 15/05/2020 08:33