Air Canada to cut workforce by up to 60 percent 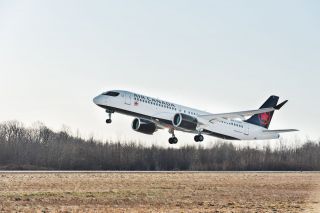 Air Canada Airbus A220, © Airbus
MONTREAL - Air Canada said on Friday it has decided to reduce its workforce by up to 60 percent as the airline tries to save cash amid the pandemic and right size its operations to the level of traffic expected in the mid-to-longer term.

The airline was working with unions to implement these measures, it said in an emailed statement.

The Canadian Union of Public Employees (CUPE) said it is in the final process of negotiating mitigations and other matters with Air Canada and has no further comment at this time.

The union which represents Air Canada flight attendants said the airline is set to ask employees to reduce their hours, go on leave for up to two years or resign with travel privileges, the Canadian Press reported.

The health crisis has brought a virtual halt in air travel, leading to an unprecedented number of flight cancellations globally and forcing airlines to book hefty losses.
© Reuters, aero.uk | 18/05/2020 07:39