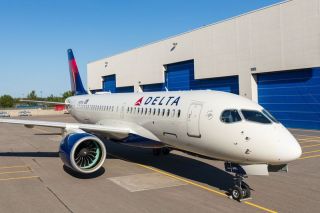 ATLANTA - Delta Air Lines said on Monday it would resume flying several major routes in June that were suspended due to the COVID-19 pandemic.

Detroit to Toronto, Seattle to Shanghai and Salt Lake City to Mexico City are among several routes the U.S. carrier is resuming next month even as its overall second quarter schedule is expected to be 85% smaller than last year.
© Reuters, aero.uk | 18/05/2020 16:31