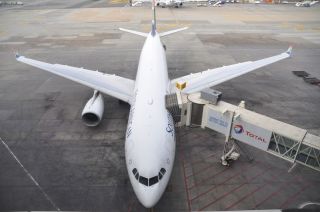 Since late March when South Africa declared a state of disaster to contain the new coronavirus, major domestic airports such as the continent's busiest OR Tambo in Johannesburg have closed, knocking revenue at Airports Company SA (ACSA).

"New debt of 10 billion to 11 billion rand is required in the next five years and this will require shareholder support in the form of government guarantees," ACSA said in a presentation to lawmakers.

Between 2021 and 2023 its capital expenditure budget is seen at 17.9 billion rand as it develops major projects, such as a new runway and terminal at Cape Town airport, ACSA said.

In March ratings agency Moody's downgraded ACSA to Ba1 from Baa3 with a negative outlook as expected passenger traffic was seen falling by at least 30% in the financial year to March 2021.