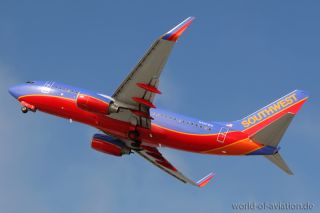 HOUSTON - Two top U.S. airlines said on Tuesday ticket cancellations were slowing and demand was showing some signs of improvement, with Southwest Airlines Co recording more trip reservations than cancellations so far this month. Both companies continue to focus on cutting costs.

Airlines have been the among the worst hit by the coronavirus pandemic, which brought global travel to a virtual standstill and a $10 billion collective monthly cash burn for U.S. airlines, which have slashed their capacity.

With signs of improvement, Southwest — with a more domestic focus than its large peers — is adding some flights back to its network in June, which will see an overall annual capacity decline of between 45% and 55%, compared with a decline of 60% to 70% in May.

United Airlines Holdings Inc, which has greater international exposure, said its June capacity would still be down by about 90% year-on-year, and 75% in July.

Southwest said its daily cash burn rate was slowing to the low-$20 million range in June from $30 million to $35 million in the overall second quarter.

United said its total adjusted capital expenditure for 2021 would be close to $2 billion versus around $4.5 billion this year, falling to below $500 million in 2022 when it does not expect to take delivery of any new aircraft. Chicago-based United is taking delivery of aircraft that are fully financed this year and next.
© Reuters, aero.uk | Image: Southwest Airlines | 20/05/2020 08:12