Germany and EU clash on Lufthansa 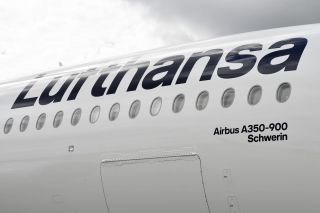 BERLIN - Chancellor Angela Merkel told senior members of her party that the German government would not allow the European Commission to deprive Lufthansa of valuable take-off and landing slots at Frankfurt and Munich airports, Handelsblatt reported.

"We won't allow that to happen," Merkel said according to participants in the meeting, the business daily reported. Merkel was also quoted as saying there would be a "tough fight".

Lufthansa and the competition watchdog are discussing which slots at which airports Lufthansa will have to waive as a remedy to ensure competition is not hampered by the bailout, a person familiar with the matter told Reuters.
© Reuters, aero.uk | 26/05/2020 08:40