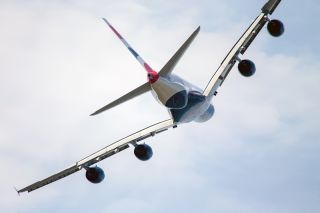 LONDON - British Airways and Ryanair crews brace for a wave of job cuts in the summer. According to trade unions both airlines presented terms for rehirings on reduced salaries that might halve incomes of senior staff. The British Airways redundancies are expected to take effect by June 15th throughout the fleet.

According to union and employee sources quoted by the "Daily Mirror", the airline flagged lay-offs to all 43,000 employees and looks to rehire 31,000 on reduced paychecks.

The plan calls for putting cabin crews from long-haul, short-haul and mixed fleet operations under same contracts offering 24,000 pound annual pay. To senior crew members this could translate into a loss of 50 percent or more of their pre-crisis salaries.

According to pilot union Balpa BA`s competitor Ryanair has proposed 20 percent pay cuts to UK pilots in addition to the 336 redundancies "saying it would dismiss and re-engage on the revised terms if agreement to the changes was not reached".
© aero.uk | Image: British Airways | 29/05/2020 08:10