Easyjet job cuts a "kick in the teeth" 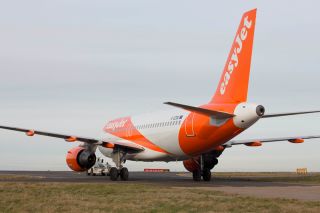 LONDON - Easyjet did not consult with staff representatives before announcing to slash 30 percent of its jobs, according to pilot union Balpa.

"This is a real kick in the teeth," said Balpa General Secretary Brian Strutton. "Those staff have taken pay cuts to keep the airline afloat and this is the treatment they get in return."

According to Strutton Easyjet management "has not discussed its plans with Balpa so we will wait and see what impact there will be in the UK". Given Easyjet is a British company, "the UK is its strongest market and it has had hundreds of millions in support from the UK taxpayer, I can safely say that we will need a lot of convincing that Easyjet needs to make such dramatic cuts. Indeed, Easyjet’s own projections, though on the pessimistic side, point to recovery by 2023, so this is a temporary problem that doesn’t need this ill-considered knee-jerk reaction."
© aero.uk | 29/05/2020 08:26