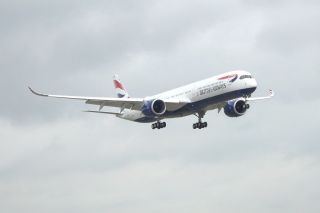 LONDON  - British government ministers are aiming to replace coronavirus quarantine for people arriving at airports by the end of June, with so-called air bridges being considered as an option, the Telegraph newspaper reported.

The policy of air bridges is meant to enable people from other countries who have achieved lower levels of coronavirus infection to come to Britain.

The Department for Transport and the Home Office have been told to plan to allow for their introduction by the end of the month, according to the newspaper.

Britain's quarantine for travellers arriving from abroad will be introduced from June 8, Interior Minister Priti Patel said in May.

All international arrivals, including returning Britons, will have to self-isolate for 14 days and provide details of where they will be staying under the plans, which were criticised by airlines, business groups and politicians alike.

British officials are working to strike deals with foreign countries to make them exempt, the Telegraph reported.
© Reuters, aero.uk | 02/06/2020 07:36