Qantas to cancel most international flight until October 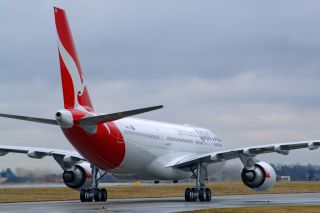 SYDNEY - Qantas Airways said on Thursday it had cancelled most international flights until late October after the Australian government indicated its border closure because of the coronavirus was likely to extend to 2021.

"We will still have some flights scheduled across the Tasman in the coming months with the expected travel bubble between Australia and New Zealand," the airline said in a statement, referring to the Tasman Sea between the countries.

"Should travel between Australia and other countries open up and demand return, we can add more flights back into our schedule," it added.

Australia is unlikely to reopen its border to international travellers until next year but will look to relax entry rules for students and other long-term visitors, Trade Minister Simon Birmingham said on Wednesday.

It is in talks with New Zealand about forming a quarantine-free "travel bubble" given the low number of cases in both countries.

New Zealand has indicated September could be a realistic date for the resumption of regular flights between the nations.

Qantas this month announced plans to triple domestic capacity to 15% of normal levels by the end of the month as state border restrictions ease.
© Reuters, aero.uk | 18/06/2020 07:36