U.S. fines Copa Airlines for flying between U.S. and Venezuela 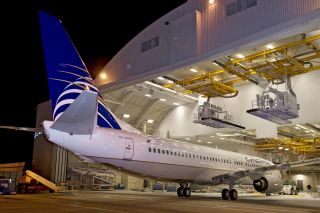 WASHINGTON - The U.S. Transportation Department said it fined Panama's Copa Airlines $450,000 for unlawfully transporting passengers between the United States and Venezuela via a stopover point.

The department ordered the airline to avoid future similar violations. It said Copa violated a May 2019 order that barred U.S. and foreign air carriers from transporting passengers between the United States and Venezuela.

It said Copa sold more than 5,000 tickets for air travel between the United States and Venezuela and transported more than 15,000 passengers after the order took effect.

Copa told officials it understands the seriousness of the matter and took considerable steps to avoid future violations, the transportation department said. Copa later reiterated that in a statement.

In it, the airline said its position was that any breach of restrictions "that may have occurred would not have been willful" and that it relied in part on contacts with Panamanian and other U.S. officials to understand those curbs.
© Reuters, aero.uk | 18/06/2020 10:42