IAG to shut down Vienna unit 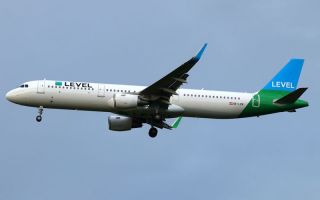 LONDON - Austrian short-haul budget carrier Level Europe plans to file for insolvency, it said on Thursday, becoming the latest airline casualty of the coronavirus crisis despite the financial might of parent IAG.

The small airline, previously known as ANISEC, began operating in 2018. It has six Airbus short-haul jets and is part of IAG-owned Vueling Group.

Level Europe blamed the COVID-19 pandemic for its move to cease trading, joining a growing list of airline failures after planes across the world were grounded for months during coronavirus lockdowns.

Anglo-Spanish group IAG, which also owns Iberia and Aer Lingus, said in April that it had 10 billion euros ($11.2 billion) of liquidity, but Chief Executive Willie Walsh has said it is burning through cash as the crisis continues and has warned that British Airways is "fighting for survival". British Airways has said it needs to axe 12,000 jobs.

While IAG's airlines have used furlough schemes and accessed government-backed loans, they are not in line for government bailouts like European rivals such as Air France-KLM and Lufthansa.

An administrator will be appointed once insolvency proceedings have been filed, Level Europe said in its statement.
© Reuters, aero.uk | 19/06/2020 07:35