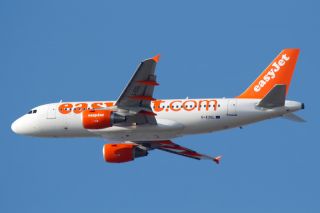 LONDON - Easyjet has raised about 419 million pounds ($520 million) through a share placing to help bolster its finances after the COVID-19 pandemic devastated the travel industry. The new equity will help boost its liquidity to about 3 billion pounds, the management said.

It will enable the Airline to survive for many more months even if planes are grounded again, and putting it in a strong position to cope with "protracted recovery scenarios".

EasyJet's planes returned to the air in mid-June, but with a minimal service as lockdowns to contain the pandemic were gradually eased. The airline is hoping to ramp up flying as the year goes on, but demand is being hampered by UK quarantine rules and consumer nervousness.

Airlines are hoping Britain agrees travel deals with other countries to allow restriction-free movement between some European countries. An announcement could come on or before the quarantine rules are reviewed on June 29.

EasyJet said it had placed a total of 59.5 million new ordinary shares at 703 pence apiece, after announcing the move late Wednesday. Its shares fell 5.4% to 699 pence in early Thursday trading. They have approximately halved in value since the start of the year.

EasyJet has said it does not expect passenger demand to recover to pre-pandemic levels until 2023 and is planning to axe up to 4,500 jobs. Bernstein analyst Daniel Roeska said the airline was already making progress with cost cutting.

"EasyJet has a compelling proposition of lower cost structures and strong positions in better markets. For investors looking to buy into the recovery in Europe, easyJet should be on the shopping list," he said in a note.

British Airways, owned by IAG, has said it needs to shed 12,000 jobs and there has been media speculation that IAG could also raise new equity. Qatar Airways, IAG's biggest shareholder, has said it would inject equity into IAG if needed.
© Reuters, aero.uk | Image: Airbus | 25/06/2020 07:29