Latest round of job cuts 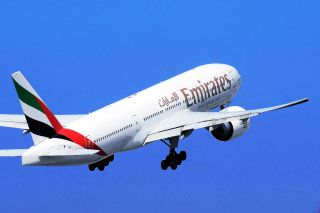 DUBAI - Emirates laid off more pilots and cabin crew this week in another round of job cuts as the Gulf airline shrinks its workforce due to the coronavirus pandemic, four sources said.

The Dubai state-owned carrier is cutting thousands of jobs, including pilots and cabin crew as it manages a cash crunch caused by the pandemic, sources have said.

A company spokeswoman on Thursday did not say how many employees had been made redundant in this week's job cuts or from which departments. The workforce of 4,300 pilots and nearly 22,000 cabin crew could shrink by almost a third from its pre-coronavirus levels, sources have previously told Reuters.

Mostly Airbus A380 pilots were affected by the job cuts this week, two sources said, and one of those sources said more redundancies were expected.

Emirates Chief Operating Officer Adel Ahmad Al Redha told Reuters on June 25 not all of its 115 Airbus A380s would return to service this year and that the airline needed to review its strategy.

Emirates Group, which includes the airline, was "still in the process of implementing the redundancy exercise," the spokeswoman said.

"Like other airlines and travel companies, COVID-19 has hit us hard, and as a responsible business, we simply must right-size our workforce in line with our reduced operational requirements." Emirates laid off pilots and cabin crew last month as well.

Aviation is one of the industries worst hit by the fallout from the virus outbreak, with airlines forced to lay off staff and seek government bailouts in anticipation of a slow recovery.
© Reuters, aero.uk | 09/07/2020 10:28