Ireland may strengthen measures at airports after 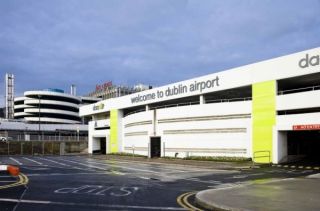 Ireland introduced the voluntary rule in April, and from late May required incoming travellers to provide the address where they will self-isolate. It plans to move to an electronic system capturing data from airlines and ferry operators shortly.

Restaurant, hotel and pub owners took to Twitter over the weekend to say they turned away customers from the United States after learning they had not self-isolated for 14 days. A tweet from a tour guide saying she cancelled a booking for the same reason went viral on Sunday.

"The cabinet will be discussing measures this week that may be needed, such as strengthening measures at airports, ahead of issuing a possible green list of countries," Tourism Minister Catherine Martin told the Newstalk radio station. "I think there's work to be done."

Ireland plans to publish on July 20 a "green list" of countries whose residents will be exempt from the quarantine rule but has said it will be limited to a small number and based on the amount of new COVID-19 cases, the trend, and quality of testing and tracing in qualifying countries.

With some 4,000 daily passengers arriving in Dublin airport last week after 1,200 the previous week, the government also plans to ramp up its call-back and symptom-checking services.

"It's a really dangerous situation because that system does not distinguish between safe countries and countries like the U.S.," Róisín Shortall, leader of the small Social Democrats party, told Newstalk, referring to the operation of the quarantine system.