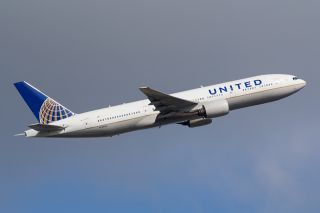 CHICAGO - United Airlines said on Tuesday it burned through about $40 million per day in the second quarter but sees that amount slowing to roughly $25 million in the third quarter as it matches its flight schedule to demand.

Analysts on average expected a loss of $9.02 per share and revenue of $1.321 billion, according to data from Refinitiv.

With the timing of a recovery uncertain, investor focus has turned to airlines' cash on hand and their ability to pick up demand once it returns, even as they look to shrink their workforce in October when U.S. government stimulus funds run out.

United said it had $15.2 billion in liquidity as of July 20 and reiterated its forecast for liquidity to reach $18 billion at the end of September.

In the third quarter, United expects to operate about 35% of the schedule it flew in 2019. It is forecasting a load factor of about 45% in July after its planes flew about one-third full in the second quarter.

United is more exposed than other U.S. carriers to international travel, which is expected to be slower to recover.

On Tuesday, major U.S. and European Union airlines including United asked the EU and White House to consider a joint program to test passengers for Covid-19 as a way to allow people to travel once again between the United States and Europe.

Last week, Delta Air Lines said it expects third-quarter revenue and flight capacity to be around 20% to 25% of last summer, with demand stalling amid a surge in Covid-19 cases and a sustainable industry recovery more than two years away.
© Reuters, aero.uk | 22/07/2020 07:47