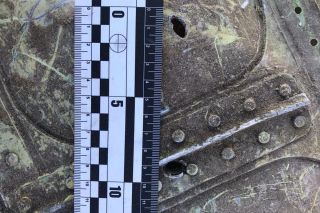 OTTAWA - An international team examining the black boxes from a Ukrainian jet accidentally shot down by Iran has completed preliminary analysis of the data in France, Canada's Transportation Safety Board said on Thursday.

"The work in Paris is finished, but the investigation is far from over. There are still many key questions that need to be answered," TSB Chair Kathy Fox said in a statement.

France's BEA accident investigation bureau carried out the work. Fox did not say what the analysis had revealed.

The release of any further information is a matter for Iranian authorities leading the investigation, said Fox, urging Tehran to move as fast as possible.

The process was conducted with an Iranian investigator present and observed by Canadian, U.S., Swedish and British experts and representatives from the airline, Boeing Co and engine maker Safran SA.

Iranian forces say they downed the Ukraine International Airlines Boeing 737 jet on Jan. 8 after mistaking it for a missile amid heightened tensions with the United States.
© Reuters, aero.uk | 24/07/2020 07:31