Germany and France next for a UK quarantine? 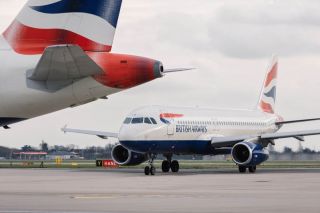 LONDON - Britain is watching coronavirus cases in Germany and France closely and continuously reviewing the situation in popular holiday destinations, a junior health minister said on Monday when asked about widening a quarantine for Spain.

Britain slapped a 14-day quarantine on travellers from Spain on Sunday after a surge of cases in Catalonia and Murcia, heralding a summer of COVID-19 chaos for Europe's holiday season.

The decision, leaked ahead of an official announcement on Saturday, upset the plans of hundreds of thousands of British tourists sunning themselves on the shores of the Mediterranean and raised the spectre of limits on more countries.

"We have to keep the situation under review and I think that is what the public would expect us to do," junior health minister Helen Whately told Sky News when asked about Germany and France possibly being next to face a quarantine.

"If we see rates going up in a country where at the moment there is no need to quarantine, if we see the rates going up, we would have to take action because we cannot take the risk of coronavirus being spread again across the UK," she said.

A total of 9,835 flights are scheduled to leave the UK for Spain between July 26 and Aug. 31, which equates to a total of approximately 1.8 million scheduled seats, according to Aviation data analysts Cirium.

Ryanair is not planning to reduce capacity flying to Spain after the British government's "regrettable" decision to advise against all non-essential travel to the country's mainland due to COVID-19, Chief Financial Officer Neil Sorahan said.

Spain, long a favourite of British sunseekers, said it was safe for tourists and was trying to convince London that it should exclude the Balearic and Canary islands from the quarantine measure.

"For some of the islands, the rates are indeed going up, also there is some movement of travel between the islands and the mainland, so we had to do a clear policy that would best protect the United Kingdom," Whately told the BBC.

TUI UK, part of the TUI holiday company, said it would cancel all holidays to mainland Spain up to Aug. 9, while maintaining flights to the Balearic and Canary islands.