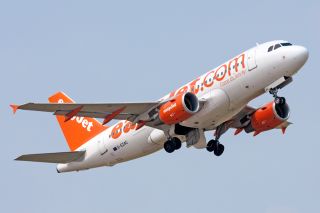 PARIS - Britain's surprise move to quarantine passengers arriving from Spain dealt a heavy blow to European airlines already reeling from the coronavirus crisis - and sowed new doubts about the prospects for a steady travel recovery. The decision sparked criticism among industry bodies

Airlines slammed what they characterized as a disproportionate decision, as their shares sank across the board amid fading hopes that an improvement in traffic could yet allow them to salvage part of the critical summer season.

While there was "no scientific basis for a national restriction", O'Leary said he expected to see more COVID-19 "spikes and occasional restrictions continuing throughout the summer and into the winter period".

Britain does not rule out restoring quarantine for arrivals from other countries such as France and Germany, where it is monitoring infection rates, a junior minister said.

The British measures follow new travel curbs or negative advice from countries such as Norway and France, after an uptick in infections in Catalonia and some other parts of Spain.

The British steps are more draconian as well as more consequential, with UK-Spain flights accounting for 17% of intra-European summer capacity, according to OAG data.

They also drew criticism from UK tourists now facing an unplanned work absence. The government did not immediately comment on a report in the Sun newspaper that officials were already preparing to drop quarantine for arrivals from Spain's Balearic and Canary islands.

The Spanish setback sent a chill through the travel sector, prompting executives and analysts to review expectations for the summer - normally a chance for airlines to lay down some fat to survive the winter, when margins are thin at best.

"This is the season when you hope to make money," said British aviation consultant James Halstead, who described the quarantine measure as a "very strange" move. "It's going to be a pretty tough operating environment for everybody."

The International Air Transport Association (IATA), the airline industry's main global body, also said the British decision "does not accurately reflect the risk of a regional spike in one corner of the country".