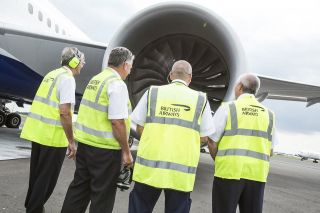 LONDON - British Airways pilots accepted a 20 percent pay cut in an effort to save their jobs - the airline will now limit redundancies to one fifth of the 1,255 pilots it initally had put on notice. At the same time, Britain curbed rules for a rehiring bonus for furloughed staff at large companies.

Pilots in British Airways have voted to accept the deal negotiated by union Balpa in response to BA’s formal notification of 1,255 pilot job losses and their threat to fire and rehire the remaining pilots on worse conditions.

"The deal means that there will be temporary 20 percent pay cuts reducing to 8 percent over two years and towards zero over the longer term," Balpa said. There will still be some compulsory redundancies which are currently estimated to be 270 although that number will fall as mitigations take effect.

"There will be no fire and rehire of pilots," Balpa General Secretary Brian Strutton said. "Our members have made a pragmatic decision in the circumstances but the fact that we were unable to persuade BA to avoid all compulsory redundancies is bitterly disappointing." The ballot result was 85% to accept the deal on an 87% turnout. British Airways employs 4.300 pilots.

Britain's finance ministry tightened the requirement for employers to receive a 1,000-pound bonus for rehiring furloughed staff, to exclude payments where an employee will soon be made redundant. Economists expect that the unemployment rate will rise later this year to its highest since at least the early 1990s.

Around one in three British private-sector workers were put on furlough after the country went into lockdown in March, at a cost of 32 billion pounds so far, and last month finance minister Rishi Sunak announced an incentive for them to be brought back to work.

Employers will receive 1,000 pounds for every furloughed worker they bring back full- or part-time, who is paid at least 520 pounds a month and is still employed at the end of January.

On Friday, Britain's finance ministry said the bonus would not be paid if a worker had been put on notice that they would be made redundant after January.

"As the scheme is designed to protect jobs, those who are serving notice for redundancy will not be eligible for the bonus," it said.

British employees are generally entitled to one week's notice of redundancy for every year they have worked for their employer, up to 12 weeks, and at large companies redundancy consultations can last several months.

British Airways, travel company TUI and department store and supermarket operator John Lewis are among well-known firms to have warned this month of job losses.

The government's current furlough scheme pays staff 80% of their wages, up to 2,500 pounds a month, but from August employers will have to foot more of the bill until the scheme ends entirely at the end of October.
© Reuters, aero.uk | Image: British Airways | 03/08/2020 07:46