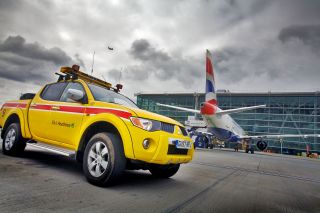 LONDON - London's Heathrow Airport said it is consulting with unions about redundancies as a result of a downturn in the industry due to the COVID-19 pandemic, which could see 1,000 frontline roles go. The airport has informed union officials that it was triggering a 45-day consultation period about proposals.

The options involve voluntary severance schemes as well as pay and recruitment freezes and salary reductions for management.

The proposals, which Sky News said could see up to 1,200 front-line roles go, followed four months of discussions with trade unions, the airport said, adding that the final offer had been informed by feedback received from them

"But with air travel showing little sign of recovery, these discussions cannot go on indefinitely and we must act now to prevent our situation from worsening," a spokeswoman for the airport said on Wednesday.

"We have now started a period of formal consultation with our unions on our offer, which still guarantees a job at the airport for anyone who wishes to stay with our business."

Heathrow said the cuts were in response to an "unprecedented" drop in passenger numbers at Britain's biggest airport, with provisional traffic figures for August showing them down 82% on last year.

It has previously said that Britain's quarantine rules for testing should be replaced by a testing regime as the current arrangements are stalling the economy and could lead to job losses.
© Reuters, aero.uk | Image: Heathrow Airport | 03/09/2020 07:43