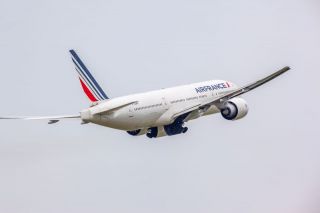 PARIS - France is preparing to put plans for new environmental taxes on the airline sector on hold, officials said, despite a government push to speed up moves towards a greener economy. Before the coronavirus crisis brought air traffic to a standstill, the sector had been fighting a losing battle against emissions taxes in Europe.

New taxes on air travel were among proposals from a Citizens' Climate Council in response to the "yellow vest" movement, which began as a protest at the cost of living and became a rebellion against President Emmanuel Macron himself.

Macron has said that he would take on most of the council's 150 proposals, and the taxes were not among those he has said would be excluded.

After suffering losses to green candidates in June's municipal elections, Macron sought to enhance his environmental credentials, but not at the expense of economic activity.

"When a sector has its head under the water, you don't push its head in deeper," government spokesman Gabriel Attal told Europe 1 radio, echoing comments by the finance minister.

Bruno Le Maire said on Thursday that it would be "completely grotesque" to hit aviation with new taxes at a time when the state is pumping 18 billion euros into the sector through various forms of aid to keep it afloat.

But this could become a source of tension with Macron's new Environment Minister Barbara Pompili, an environmentalist brought into government in July.

An official in Pompili's office said that discussions were still under way among ministers and that she would not take a position until they were done. Even if the taxes make it to parliament, they would likely end up being defeated there, one lawmaker told Reuters.
© Reuters, aero.uk | Image: Air France | 21/09/2020 07:36