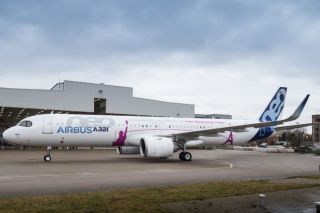 PARIS - Airbus is set to reaffirm its aircraft production rates, despite warnings that the coronavirus crisis will be deeper and longer than expected, industry sources told Reuters on Thursday. Market experts expect "acid test" for 2021 aircraft deliveries as airlines struggle to secure financing for new jets amid bleak perspectives.

After cutting output of its best-selling A320neo single-aisle jet at the start of the crisis, the European planemaker has subjected its targets to a fresh internal review as a second wave of Covid-19 prompts new government restrictions in Europe.

But although it weighed further trimming its monthly output of 40 A320neos, down from 60 before the crisis, this week's review determined Airbus will hold the line on output for now. "There are no signs of slowing; the contrary in fact," a senior industry source said of the A320neo output. Airbus declined to comment.

The decision is good news for hundreds of suppliers at risk from volatility in output rates. But it puts pressure on Airbus to keep up deliveries and find homes for some 170 jets already waiting for ailing airlines to collect them.

Falling demand, combined with billions of dollars of cash tied up in undelivered jets, has prompted a debate on whether to trim production rates by a handful of jets per month.

Although Airbus has expressed confidence in its goals, it had left itself some flexibility after telling staff in May it could make fresh cuts to tackle a second wave.

Contributing to pressure for a new cut, around 30 of the jets due in 2021 belong to lessors who have yet to find an airline able to take them, Ascend by Cirium data shows. Several others do have a home, but questions remain over whether their designated operators will survive the winter.

Airbus has used a mixture of negotiations and legal warnings to keep deliveries relatively buoyant since the crisis began, but those tactics are running their course as airlines face a tough winter without the reserves generated in a normal summer. "Production rates are too high," another senior source said.

Arguments against cutting reflect the stakes involved when jetmakers adjust an already fragile manufacturing base. The fear is that an order to speed or slow down, even by a few jets a month, could send a whipsaw effect through the supply chain violent enough to drive some small firms out of business.

Airbus also wants to keep its production system in shape to respond whenever the crisis ends, although there is little relief for wide-body output which has already been revised downwards.

Jet traders say the acid test for Airbus' bid to stabilise output will be whether the majority of cash-starved airlines will be able to find financing for next year's deliveries.

Funds are slowly returning for airlines with the strongest finances, but many airlines are struggling to find support and are seen likely to draw on European government export credits.
© Reuters, aero.uk | Image: Airbus | 25/09/2020 07:46