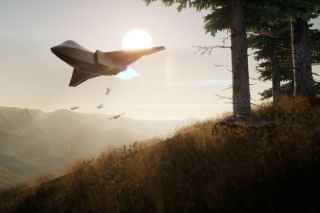 LONDON - Tempest, the British-led project to build a new fighter jet, could support 20,000 jobs in the country and add 25 billion pounds to the UK economy, said BAE Systems as it tries to drum up more government backing for the project, which is meant to replace the Eurofighter Typhoon from 2040.

The initial findings of an independent report carried out by PwC said that over the first 30 years of the project, Tempest would contribute at least 25.3 billion pounds ($32.9 billion) to Britain, and support an average of 20,000 jobs every year between 2026-2050.

The team working on Tempest will use the findings to help convince the government when they present an outline business case for the jet towards the end of the year.

Since 2018 when Britain launched the project, the economic outlook has worsened. The pandemic has put the country's finances under huge pressure, meaning Tempest will have to compete even harder for government funds.