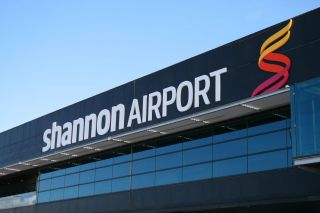 DUBLIN - Ryanair is to cut its planned winter capacity by a third due to a wave of travel restrictions imposed by European governments, the airline said on Thursday.

The Irish airline, Europe’s largest low-cost carrier, this winter expects to fly 40% of the capacity it flew last year, down from an earlier forecast of 60%, it said in a statement.

It expects to fly 38 million passengers in its financial year to March 31, 2021, it said, down from a forecast of 50 million made in September and from 149 million flown last year.

That estimate could be lowered further if more lockdowns are introduced and travel restricted, Group Chief Executive Michael O’Leary said.

"While we deeply regret these winter schedule cuts, they have been forced upon us by government mismanagement of EU air travel. Our focus continues to be on maintaining as large a schedule as we can sensibly operate," O’Leary said.

The airline’s focus is to "keep our aircraft, our pilots and our cabin crew current and employed while minimising job losses," he said.

The airline will maintain up to 65% of its winter route network, but with reduced frequencies. A new wave of travel restrictions in recent weeks has caused forward bookings to weaken slightly in October, but materially in November and December.

Bases will be closed in Cork and Shannon in Ireland and Toulouse in France with significant cuts in Belgium, Germany, Spain, Portugal and Vienna, the statement said.

The airline plans to implement more unpaid leave and job sharing and there will be some redundancies at cabin crew bases where pay cuts have been rejected, the statement said.
© Reuters, aero.uk | 15/10/2020 18:31